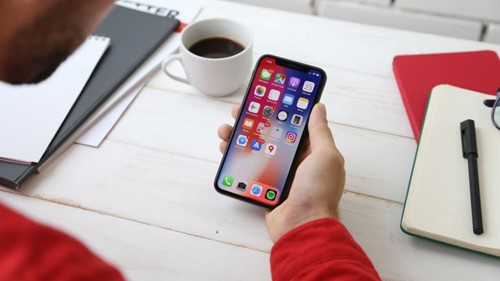 In our previous blog posts, we mentioned that consumers shopping habits have been changing significantly due to increase in the use of mobile devices for online shopping. Thus, custom mobile apps development – specifically iOS and Android App development – now plays an important role for the business development strategy of many businesses.

When it comes to custom mobile app development, the one question of whether to choose iOS or Android is the one that most often encountered by businesses. For many smartphones users, Apple’s iPhone is considered as one of the best and most popular smartphone in the mobile market today. Apple has been successfully generating demands for their devices year after years. End-users across the world are aware of how robust and easy to-use iPhones are. Together with its quality devices, the Apple App store provide a very large pool of quality iPhone apps which are created to touch upon many aspects of our lives – be it business or entertainment.

Moreover, there’s also the concern regarding quality of iOS app, and Apple is best known for consistently delivering quality apps with brilliant features. This is also one of the main reasons influencing the decision of businesses outsourcing the iOS app development. 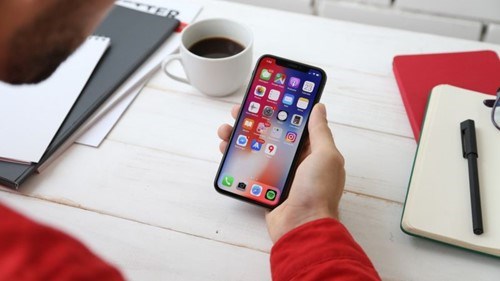 In this article, we examine a number of key reasons why businesses - especially start-ups and small & mid-size companies - should choose iOS for their mobile app development requirement:

Even though Android captures the largest market-share and leading the smartphone market in terms of number of users[1], Apple iOS is known to produce more App Store revenue (via in-app purchase or premium pricing) and hardware profits. If mobile app revenue plays a major factor in your business model, then iOS app development should be the choice for your business mobile requirement.

One issue with Android platform is that there is a wide range of manufacturers and screen sizes for Android-based devices. This makes the developer’s job of adapting interfaces to existing Android devices with different screen sizes and hard-ware specs quite time-consuming and complicated.  iOS, on the other hand, offers a much clearer approach in this regard. This is because there is not a wide selection of Apple iPhone (with different screen-size and hardware specs). So, it wouldn’t be a challenge to work out if your app’s interface will fit on screen.

As mentioned in previous article, for the past few years, Android has been leading in terms of number of users when compared to iOS. However, as Android is open source, Android users might sometimes encounter viruses and other malicious software that can be harmful to their devices. iOS, on the other hand, leaves practically no loopholes for virus and malicious hacking software. Apps published on Apple App store usually have to go through thorough vetting process, thus delivering perfectly safe app for end-users meeting security standards.

Before being officially listed on App Store, iOS apps must undergo strict vetting process to meet App store rules as well as quality standards. This is one way to encourage mobile developers to build high quality iPhone, iPad and wearable apps. Apple offers pleasant users’ experience not only in using its devices but also by consistently enforcing high standard for all the app available on its ecosystem.

Such strict adherence to quality is one factor differentiate iOS apps from other competitors. Thus, this is one of the key reasons making businesses decide to outsource iOS development over Android.

One of the biggest advantage iOS has over Android is in the software updates frequency: Apple usually supports new iPhones and other iOS devices (iPad and wearable) with iOS new updates up to five to six years after their initial release. All of those iOS devices are available for the new updates at the same time.

iOS users will get new iOS features and apps, as well as receiving updates for security protocols, and patches for both online security threats and flaws that leave the phone vulnerable to hacking. This help make your iOS app compatible with many iOS devices ranging from the newest iPhone to older iPhone models released 5 – 6 years ago.

Android devices, in return – with the exception of Google’s Pixel phones and handful of other models that are guaranteed prompt updates— only get the support of new updates two or three years from the device’s release date.

The success of any mobile app depends greatly on a variety of factors such as determining the right target audience as well as its demographics, financial status, lifestyle, and personal preferences. With businesses such as startups and small to mid-sized company increasingly facing stiff competition, the listed above factors explained why businesses should choose iOS development for their mobile app development requirement, especially during their early stages of business.

iOS not only offers the exceptional UI/UX and quality apps but also enables businesses to leverage Apple’s existing global users market, thus providing them with a broad business exposure world-wide. iOS continues to be a great platform for businesses to invest into.

If you already have a brilliant idea for your app and still not know how to move forward yet, contact us today to know about our iOS app development service and see how we can help bring your app ideas into life.