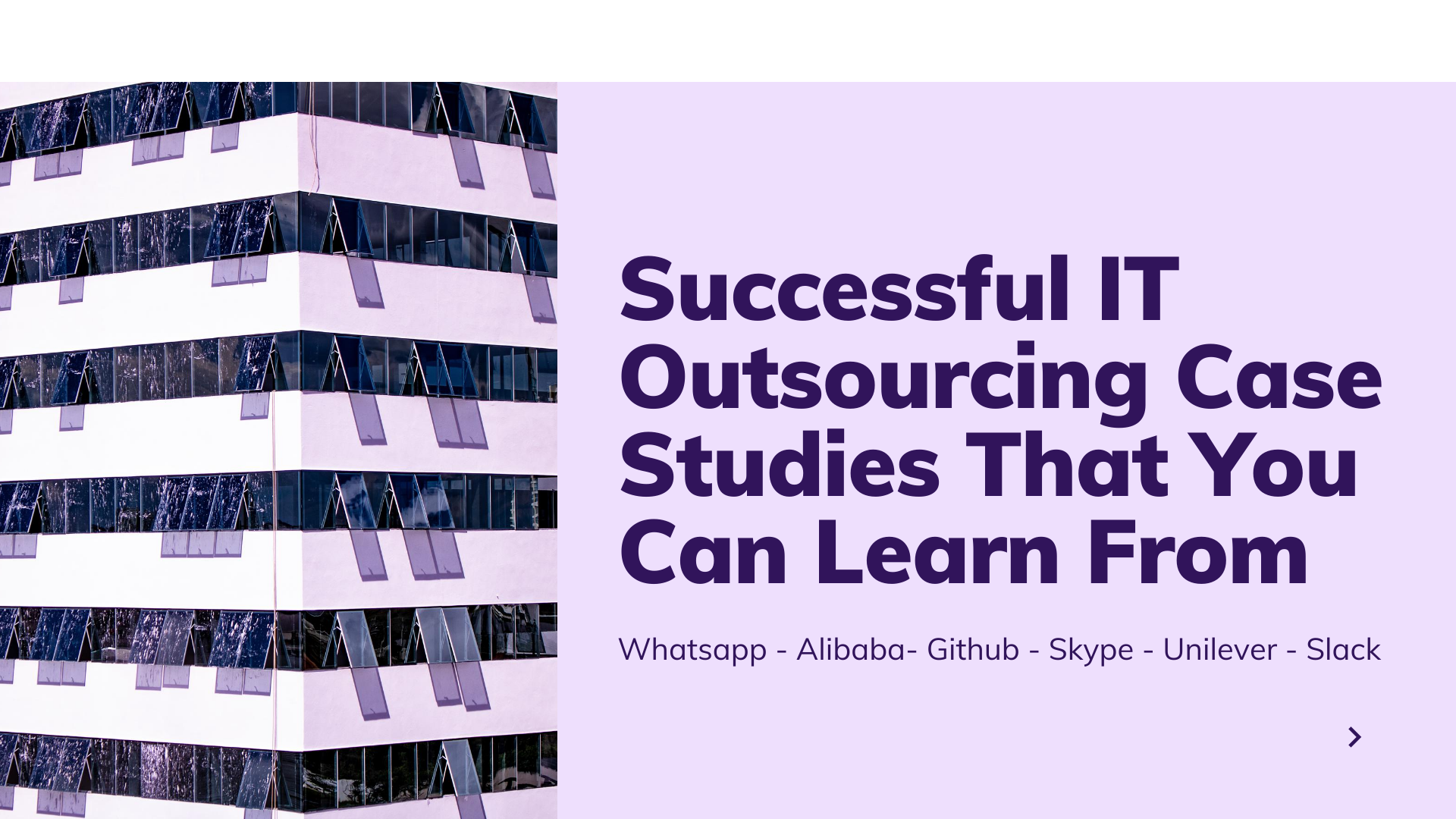 Successful Software Outsourcing Case Studies That You Can Learn From

Since the COVID-19 pandemic outburst back in March this year, companies and employees have been working remotely. Within the U.S, 16 million workers started to work from home. Gartner CFO survey revealed that nearly three in four CFOs plan to shift at least 5 percent of previously on-site employees to permanently remote positions post-COVID-19. The action is necessary.

Due to the current circumstances, companies are forced to work remotely using technologies to keep the business running, which results in the clear visibility of the increased number of successful outsourcing case studies. Business owners have already realized the importance of remote work and outsourcing during crises like this. Although there are arguments about the pros and cons of working remotely, it is indisputable that remote work and outsourcing are viable options for keeping the business running by leveraging the 4.0 digital technology.

According to the research, nearly 75 percent of companies outsource IT services, while 87 percent are planning to do so.

Some of the companies mentioned below are one of the most successful case studies of outsourcing. Have a look at how they grow their businesses and outrun competitors on the global market via utilizing the remote teams.

Whatsapp was founded back in 2009 by Brian Acton and Jan Koum after they had gotten rejected by Facebook, ironically. Because they wanted to optimize the costs, they hired a professional team from Eastern Europe to build all the core development. The project successfully took off to the top rankings on App Store, Google Play.

This Chinese multinational eCommerce technology conglomerate started in 1999 by Jack Ma when companies were increasingly using websites for customer relations. The business outsourced developers from the U.S to create its website that would appeal to both locals and international customers, especially those in the English-speaking countries. The reason that Alibaba so successful is the genius idea of outsourcing an English-speaking team just to localize the online content rather than just translate words. The thought brought Jack Ma the status and Alibaba the global revenue that they are today.

When Slack first started its business, no one thought it would be a team collaboration tool that attracted 10 million users as it is now. It was like an Internet Relay Chat (IRC) inside a browser, and there are probably only a few people left who remember what the early prototype looked like. Among many similar systems, Slack turned out to be the most successful one. Slack hired an outsourcing team to improve the user experience (UX). This move has resulted in all consensus opinion claims that the way Slack looks, feels, and sounds are different from the competitor. Slack’s UX becomes its unique selling point. The outsourcing team came up with the general design concept to revamp the app, logo, and commercial website.

The American multinational corporation, which is a subsidiary of Microsoft since 2018, provides hosting for software development and version control. There aren’t any software developer who doesn’t know about Git. Forty million Git users use the website for version control, bug tracking, source code management. When it founded, it was written in the Ruby on Rails framework, but soon it became clear that the solution was in much need of people who extremely proficient in Git itself. The specialist who was engaged as an outsourced presence behind the project was founded, it was Scott Chacon. He was the perfect piece allowing Git to be as being as it could be.

In 2005, Unilever, with approximately 200,000 employees worldwide and soon extended operations to dozens of countries, encountered the need to merge different ERPs across their sphere. They want to extend and streamline processes, and because they are a non-tech company, they decided against outsourcing. An ERP system integration project is vital for a company like Unilever. If Unilever does otherwise - recruiting a fulltime IT engineer, spending money and time training, might have been detrimental to the company’s inner focus. ERP solution implementation is not an easy task. As of now, Unilever’s operations run smoothly thanks to the ERP system development outsourcing decision.

Did you know that back in 2003, the founders of Skype outsourced the actual back-end development of the platform to Estonian professionals? These professionals created what we know and use today. The video chat, instant messaging, and file transmission features are what makes Skype one of the telecommunications application pioneers. After just two years, Skype was acquired by eBay for $2.5 billion, and in 2011, by Microsoft for $8.5 billion. This story is an inspiration and has drawn attention to the IT talent pool in Eastern Europe. “Skype” even becomes one of the verbs in the English language - ‘to skype someone,” which means to have a spoken conversation with someone via the Internet using Skype, also viewing by webcam. This dictionary entry speaks volumes about the triumph of the project.

What do they have in common?

If you read and study similar IT outsourcing case studies in the business, they have something they all have in common, even though they are different. So you see, many companies use IT outsourcing to solve capacity issues, reduce costs while maintaining focus on their business objectives, or satisfy the need for specific expertise.

A right strategic IT partner is also the key to your success. When they have the same mindset, the analytical minds that know what your business is looking for, and have the same approach as you will result in building not only a successful business but also long-term business relationships.

Here at TP&P Technology, we offer you various IT solutions from custom software development, blockchain development, machine learning, AI, Salesforce implementation and customization, SAP consulting, etc, you name it, we have it. Talk to one of our experts today to know about our services and see how we can effectively implement the strategy tailored for your business needs.

RPA, And They Said Only Large Organizations Can Benefit From