Is native app the right decision for your app development needs? The answer depends on the specific requirements (e.g. budget, app functionalities, devices-specific features etc.) and timeline of your mobile project. The decision to go for native app development has always been a popular choice over the years. In this article, we examine the benefits of native apps development as well as some challenges come along with developing one. Let’s take a look: 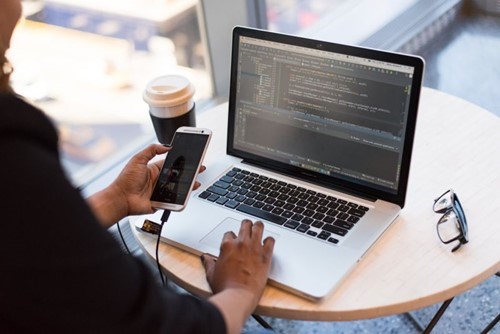 What are native apps?

Native apps are the kinds developed to operate on a specific mobile platform which is either iOS or Android. When developing a native app, developers would follow the specific OS development guidelines which would help to provide users the best mobile experience.

For iOS app development, the programming languages to choose is either Objective-C or Swift. For Android, it’s Java or Kotlin.

As native applications are created to specifically run on a particular type of devices, they usually require complete access to all the hardware (e.g. camera, Bluetooth connection etc.) and devices features (e.g. facial recognition technology). Data associated with the app is saved on the device and/or stored remotely and accessed via cloud;

As mentioned above, native apps are developed to specifically run on either iOS or Android which belongs to Apple and Google respectively. Apple and Google both provide developers with standardized software development kit (SDK) which contains a set of tools, libraries, documentation to build apps specifically run on their platform. This helps to make mobile developers’ jobs to become easier.

App performance is always one of the prominent concerns when it comes to developing one. Slow and lagging apps delivers unpleasant mobile experience and leads users to uninstall the app. Thus, developing a native app is a solution here. Native apps are developed and optimized for one particular platform. And, therefore, they offer better performance compared to non-native apps.

Additionally, native apps are developed using the platform-specific programming languages which are native and supported by the OS itself. This enables native apps to provide a fast and responsive mobile experience.

Users’ expectation and requirements for mobile app are increasing day by day, and developers have to constantly refine their skills and improve upon different areas of app development to offer users better app experience.

An advantage provided by native app is that it can run even without internet connection, while some non-native apps (e.g. WebView) can only function when app-user is online. Having offline access to your app will be of convenient to users, and help improves engagement as well as retention rate.

Today, app security is among the great concerns with rising malicious and hacking activities aiming at mobile users. Native apps development provide users with security protection by taking advantages of security measures provided by the platform itself. As native apps have complete access to devices hardware and functionalities, it’d be easier to implement security measures such as two-factor authentication, facial recognition and TouchID technology.

Compared to the majority of non-native apps, native ones provide greater UI and UX experiences. When choosing native app development, the app is designed to operate the way the platform intends it to. Furthermore, developers can tailor app specific features according to platform standards with its own elements, gestures and design practices.

Even though native apps provide many benefits, it doesn’t come without saying that they don’t have their own disadvantages, as follow:

As native apps are specifically developed and only run on one mobile platform (for example: Native iOS apps will only run on Apple devices and not on Android ones.), it will take longer for developers to complete building an app as they will have to work with different set of code for two different apps.

Consequently, if developers need to update the app to incorporate new features or fixing bugs, they would need to perform the tasks twice, separately for each platform. Furthermore, the new updates also need to be submitted to the app stores and wait for approval.

In case, your business plan requires your app to be published as quickly as possible, you can consider the option of cross-platform development.

Have an app idea? Contact us today to get started with your mobile app development project.

Can't wait to work with us?

Contact our team today and we’ll get back to you within 24hours to discuss your requirement.