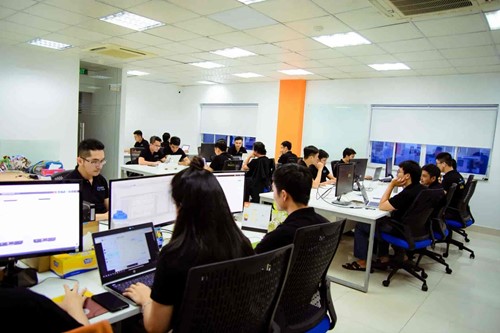 When it comes to blockchain software development, many organizations usually consider the two options of either hiring Blockchain specialist in-house or hiring offshore developers. Today, Vietnam emerged as one of the popular software outsourcing destinations, together with other countries of Asia.

In this article, we examine the reasons why companies should hire Blockchain developers in Vietnam for their Blockchain-powered solution development.

As Bitcoin and other crypto-currencies have captured the public attentions over the past few years, business organizations have started to realize the benefits of Blockchain technology and invested heavily in adopting Blockchain technologies across businesses, including hiring team of Blockchain specialists. All in the face of crypto price fluctuations and regulatory uncertainty.

According to a report published in 2019 by job search Hired, there’s been a staggering 517% increase in demand for software engineers’ positions with requirement of Blockchain development skills. Additionally, in its 2019 Hire state of software engineering report, it’s also found that Blockchain development skills placed in the top three of job openings in almost all region across the globe. 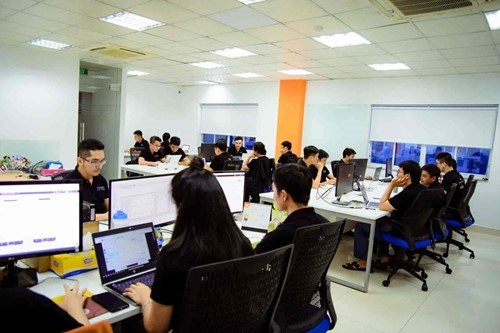 As the demand for blockchain engineers is on the rise, there is a severe shortage of qualified Blockchain software developers. Companies of all sizes and across various industries, including start-ups, have gone to great length in order to poach those skilled Blockchain specialists. Business organizations certainly are doing so for good reasons, especially considering the potential return on investment is huge and can help business improves efficiency and productivities in the future.

Thus, it’s not a surprise that many organizations set up their own Blockchain hubs, and R&D (Research and development) centers in overseas, including such IT hubs in Vietnam, as well as other countries across the globe.

WHY YOU SHOULD LOOK FOR BLOCKCHAIN SOFTWARE DEVELOPERS IN VIETNAM

Vietnam has a strong MATHEMATICS educational background with many math talents, along with a strong STEM based education program. There are many universities (UIT, Funix, HCMUT, etc.) in Vietnam that offer courses in Computer Programming with specialization Blockchain Development.

There are many organizations which outsource their software development projects (including Blockchain ones) to software vendors in Vietnam and benefited from such partnership. TP&P Technology, besides BLOCKCHAIN expertise, has a considerable track record of successful projects that are developed for Business Intelligence, Fintech, Financial Services and more.

The majority of Blockchain engineers globally are using C#, C++, Python, Javascript, and Java which are the established and popular technologies. Other languages they use are Solidity and Golang.

According to LinkedIn, the number of software Developers with Blockchain development skills in Vietnam amounts to over 9,850. The country has a rich pool of software engineers that specialize in programming languages such as C++ and Python that are widely used Blockchain Development – with over 4975 C++ developers and 3,400 Python developers, as well as other languages, framework and tools that is used for Blockchain projects. 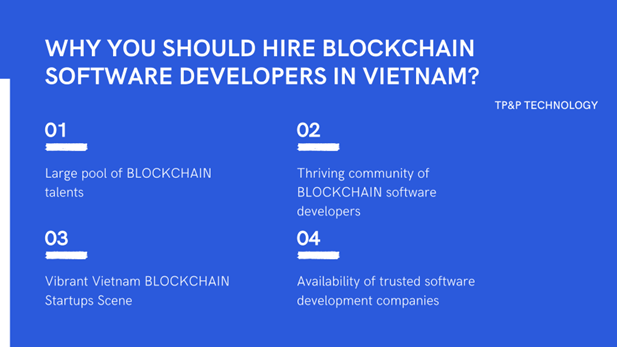 Vietnam has an exciting community of BLOCKCHAIN gurus and enthusiasts. The country hosts a large number of annual BLOCKCHAIN events including international conferences with participations from many tech power-house such as Vietnam Blockchain Day, Vietnam Blockchain Week, and Vietnam Mobile Day & Vietnam Web Summit etc.

Local groups and communities also organize regular meet-ups (via meetup.com) and workshops for blockchain and crypto enthusiast, such as Blockstack Vietnam, Blockchain Vietnam Meet-Up, just to name a few.

HOW TO CHOOSE BLOCKCHAIN SOFTWARE DEVELOPERS IN VIETNAM

Before starting to look for Blockchain software developers, it’s critical that you have a thorough assessment and consult with blockchain development companies about your project requirements. This is to identify whether blockchain technology is needed and suitable for your development project. Sometimes, traditional technology is more effective, cheaper, and easier to implement.

First, blockchain developers must have a solid background and be experienced with a certain number of core concepts in blockchain development, including: blockchain, distributed ledgers, mining, decentralized consensus, smart contracts, and blockchain consensus algorithms (e.g. proof of work, proof of stake, Proof of elapsed time, etc.), the Ethereum network, cryptography, crypto-currencies, web technologies, as well as be well-versed in various programing languages for blockchain development (i.e. Python, C++, Solidity, Java, Javascript, Golang, etc.). Incompetency in those areas would translate into a lack of understanding in the fundamentals of distributed ledger technology.

Moreover, blockchain developers should be experience with using the following tools for blockchain projects, including: Remix, SolC, Geth, etc. and Blockchain platforms: Hyperledger Sawtooth, Ethereum, Hyperledger Fabric, and others.

Since blockchain technology is being adopted across multiple industries – it’s important that developers understand the requirements and regulations as well as standards of the industries they work on.

Specifically, speaking of legal and financial applications, as blockchain is seeing rapid adoption in these sectors, it is important for developers to understand the unique requirements and regulations of the industries (e.g. Know your customer – KYC, Anti Money Laundering – AML, etc.) they serve.

Depends on the complexity and scope of projects, you can hire blockchain developers to work with as an extension your organization existing in-house team or outsource the entire project to the blockchain development company. A reliable outsourcing partner will have a team of skilled blockchain developers on staff and management to manage every aspects of your project – ensuring that your blockchain-based solution is secure, efficient, highly scalable, and commercially viable.

In order to achieve a competitive edge in the new digital economy, organizations are looking to adopt Blockchain software development across their business to transform, and enhance their operational processes. Hence, the demand for blockchain developers is strongly increasing day by day, and its competition has also become even harder.

Many companies have turned to offshore outsourcing by hiring blockchain development team in Vietnam to allow them quick access to team of experienced and skilled software developers. This helps companies save on costs while still maintain development quality.

Contact TP&P Technology today for a no-cost consultation on your blockchain project requirements. 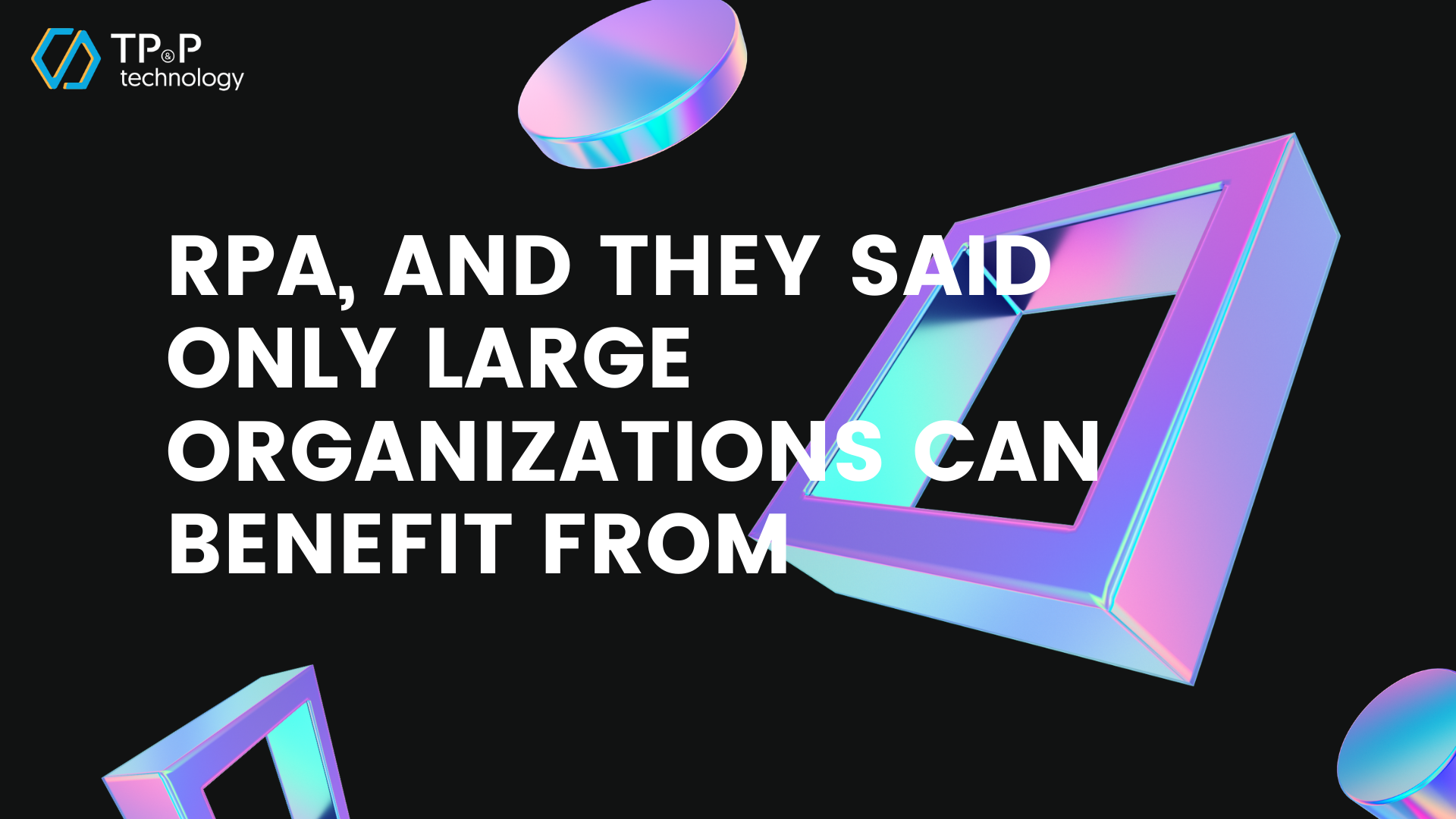 RPA, And They Said Only Large Organizations Can Benefit From