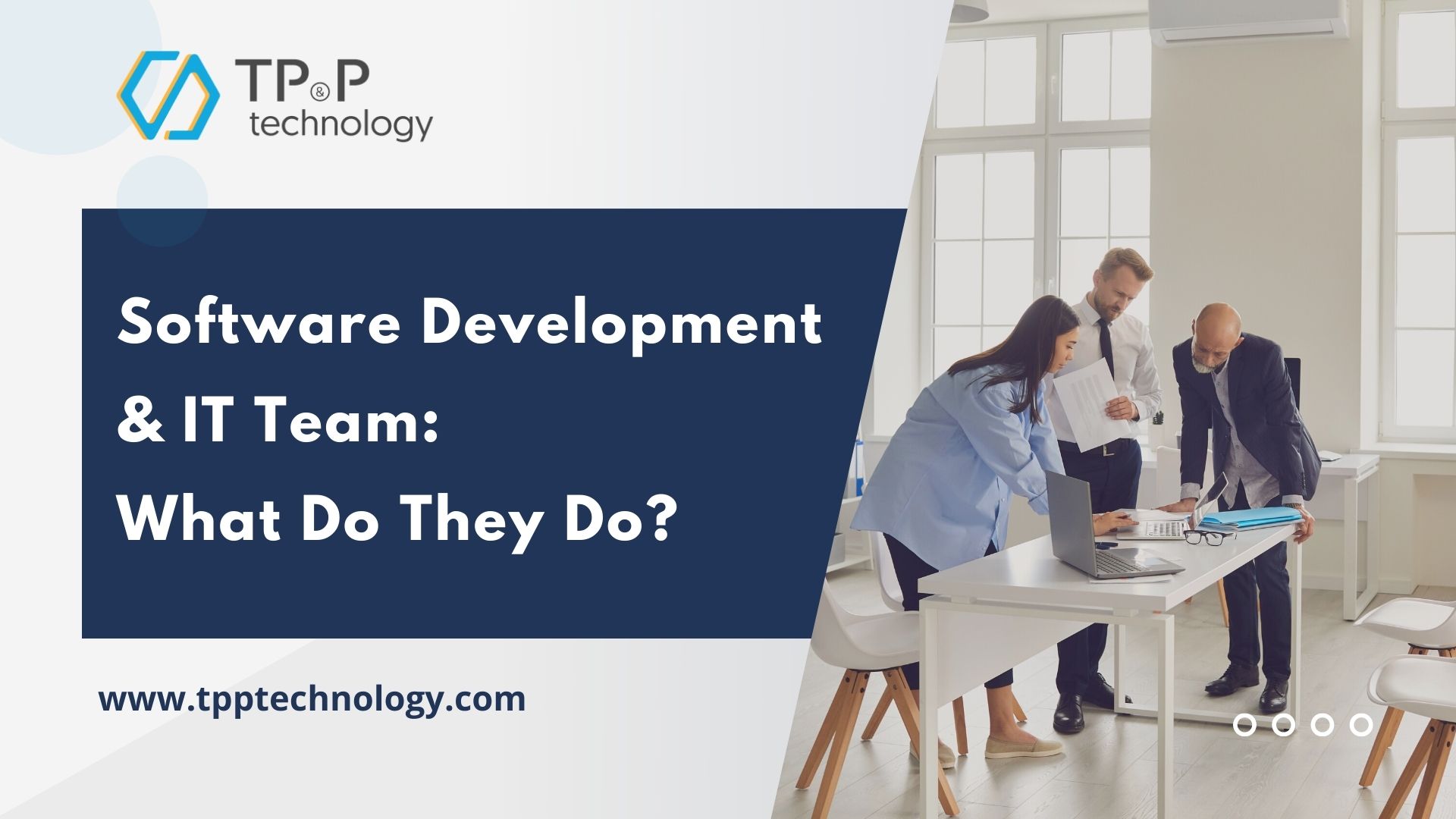 IT & Software Development Teams And Their Functions

Today, due to tech-driven environments being embraced widely, there are increasingly a number of new technical positions, together with new team structures, as well as new hierarchies being introduced into business organizations. Additionally, in response to the acceleration of digital transformation, enterprises are also re-delving into their workforce strategies.

Although the role distribution and structures of the technical IT groups vary between business organizations, the duties and tasks carried out by the software team and other types of IT teams are the same. In this article, let’s examine the different types of IT & software development teams to understand their functions and the difference between them.

There are quite a number of IT teams that work on either the development side or operation (or both). Depending on the nature of the business and company size, some organizations do not necessarily need to have every single team which is mentioned below. Titles, functions, and structures might differ from business to business, however, the works being done are the same.

The collaboration between Software Development teams and IT Operation teams

More than a decade ago, software development teams and IT operation teams once worked separately and had different leaders, responsibilities, and goals. These teams did not even work in the same areas and rarely had any interaction with the other. Due to the reluctance to share information with others, there was a lack of communication and cooperation occurring between these teams.

With technological advancement, a major organizational culture shift of DevOps occurred and successfully removed the 'silo' mentality, as a result, the gap between development teams and operation teams gets bridged.

Any number of engineers, developers, experts in operations, and many more can be included in the DevOps teams. In most cases, instead of looking for a specific set of skills, you should have each DevOps team members have unique skills. One member of the DevOps team can focus on the front-end while having someone else who is also in the DevOps team take responsibility for the back-end.

The main task of dev teams is to build product functions, and components, or work on the entire project, from ideation to delivery.

The reason to have a Development Team could be because business organizations need to solve their specific business problems by using technology and delivering an effective solution. The software development team usually follows a continuous and iterative development process like DevOps as well as Agile methodology.

Development teams are often on a temporary basis. Meaning you can assemble a new team of cross-functional experts to develop a variety of product features and provide future releases. While most business organizations restrict the size of individual teams, software developers tend to work well together with different teams and other departments.

The reason that many companies opt to build their QA team is to ensure the quality of software delivered to end-users. The term ‘quality’ in Quality Assurance might be related to various characteristics of the software application, including performance, security, risk, costs, and compliance, etc.

The QA / software testing teams mainly need to work on testing feature releases to catch bugs and identify known and unknown errors as well as detect any quality problems.

In this current advancing technology world, with the modern practices like DevOps being adopted, the line between QA and Development roles has been significantly overlapping. Despite both of these teams working independently with unique skills and expertise, it is becoming better for them to collaborate as much as possible, right in the early stage of the SDLC lifecycle, to reduce the risk of unnecessary errors and suboptimal product releases.

IT Operation team can also be referred to by other names, such as Ops, ITOps, or I&O (abbreviation for Infrastructure and Operations). The complexity and importance of ITOps increased in proportion to organization size, and early collaboration with the Ops team is key to successful DevOps implementation.

IT operation teams mainly focus on getting the IT infrastructure up and running optimally while also providing the necessary services for the software development team to sprint swiftly, guaranteeing feature release cycles.

Moreover, among other duties that these ops teams need to focus on is to ensure that the organizational policies and ITSM principles are strictly followed by the software development teams and other departments. Some of the operation team's roles may remain unchanged over time, particularly those who are responsible for infrastructure management, monitoring, and maintenance activities.

Support teams sometimes also work with IT ops team to resolve problems related to IT infrastructure as well as alleviate the impact of technical incidents. Today, new solutions like AI and Automation allow various aspect of IT support to be automated, effectively reducing human involvement. However, such automation initiatives must be standardized and customer-centric and developed to meet the rapidly ever-evolving technical and business requirements of the company.

As such, support teams can come from different departments and have a close collaboration with development and operations teams to meet these criteria.

In this fast-growing digital world, cybersecurity is one of the biggest concerns for all business organizations regardless of business size and industries. A group comprising of dedicated experts in cyber security often takes care of their company's IT security activities. In a DevOps environment, where infrastructure and service is automated in order to assist rapid development sprints and release iterations, common domains of IT security teams include not only identity and access management, but also change approval processes.

Security teams collaborate with different partners, including business leaders to define policies and cyber security protocols as well as operations teams so that IT services management activities are complied in accordance with the organization's established security policies.

The term SRE describes site reliability engineering, this team was made popular by Google. As a result, this has brought much attention globally since DevOps practices and automation become an integral part of effectively managing the applications which are stored in hybrid cloud environments.

Engineers with a background in software development are needed in SRE teams in order to traditionally work on the tasks done by an ITOps team. SRE engineers are mostly dedicated to automating tasks that were previously done manually.

These external teams are formed to work with the organization closely from a remote location, usually on a temporary basis. The collaboration between offshore outsourcing teams and an organization is typically based on an outsourcing contract, outsourcing teams are usually responsible for the product development or testing. Members from the offshore team provide software development assistance as well as QA and software testing, and cyber security, etc. on tasks that can be performed without needing an on-site presence.

The organization can have these offshore outsourcing teams to fill in its skills gap when needed (e.g. AI and Machine Learning, DevOps, etc.) in order to improve and speed up the software development process. Large enterprises can have a number of software outsourcing team in different geographic locations work together on similar projects.

All in all. The duties of an external vendor participating as a remote worker should not involve the exchange of sensitive business information or mission-critical tasks.

The Importance of Collaboration & Team-Work

In the traditional sense, the main focus of IT & development teams was to operate and sustain the organization's IT & technology infrastructure. Professionals with specific technical skills worked separately in their main scope of work. As a result, in such a workplace, many IT teams and software development teams work in siloed and had inconsistent goals that led to disagreement and

For example, the dev team's main goal was to deliver exciting new features in order to have more competitive advantages over the competitors, while for QA team, the focus was to make sure that through dedicated testing efforts, each of these feature releases are error free and work as intended, with good security and high-level performance.

In the today business landscape, specifically in terms of IT operations, there are fewer restrictions on the job roles, skills, and functions of members in different types of IT teams in nature. Although organizational structures are staying the same, many progressive tech startups are starting to adopt a flat hierarchical structure and build cross-functional teams and/or teams that have diverse functional expertise.

Ultimately, the silos and barriers between teams, departments and different job disciplines are being gradually eliminated. A team can have members with diverse technical & IT backgrounds and abilities to integrate multiple parts of the production chain. Overlapping functional responsibilities which may change over the course of the software development lifecycle (SDLC) can be shared among Devs, Ops, and QA teams. 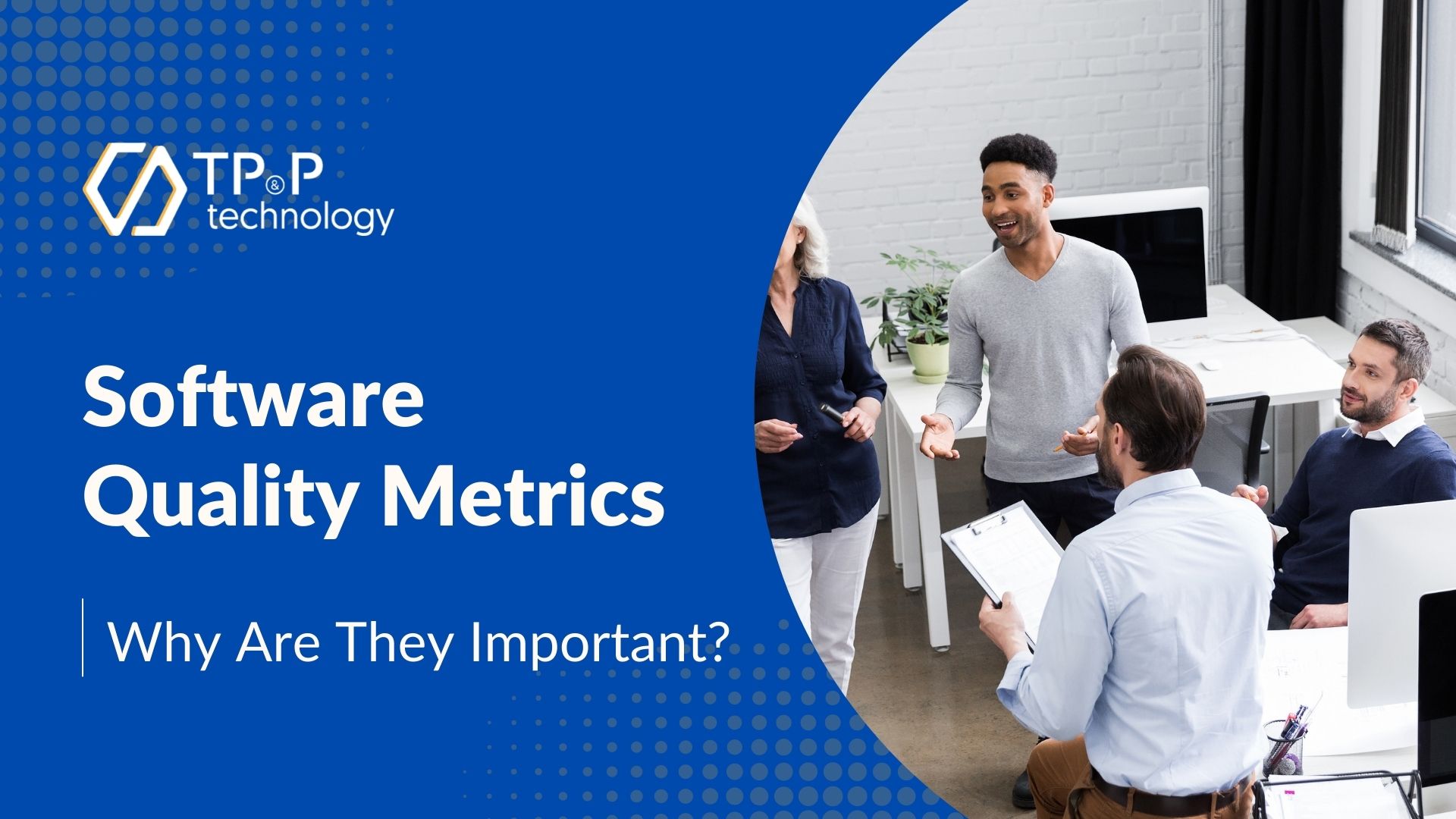 Software Development Quality Metrics: Why are They Important? 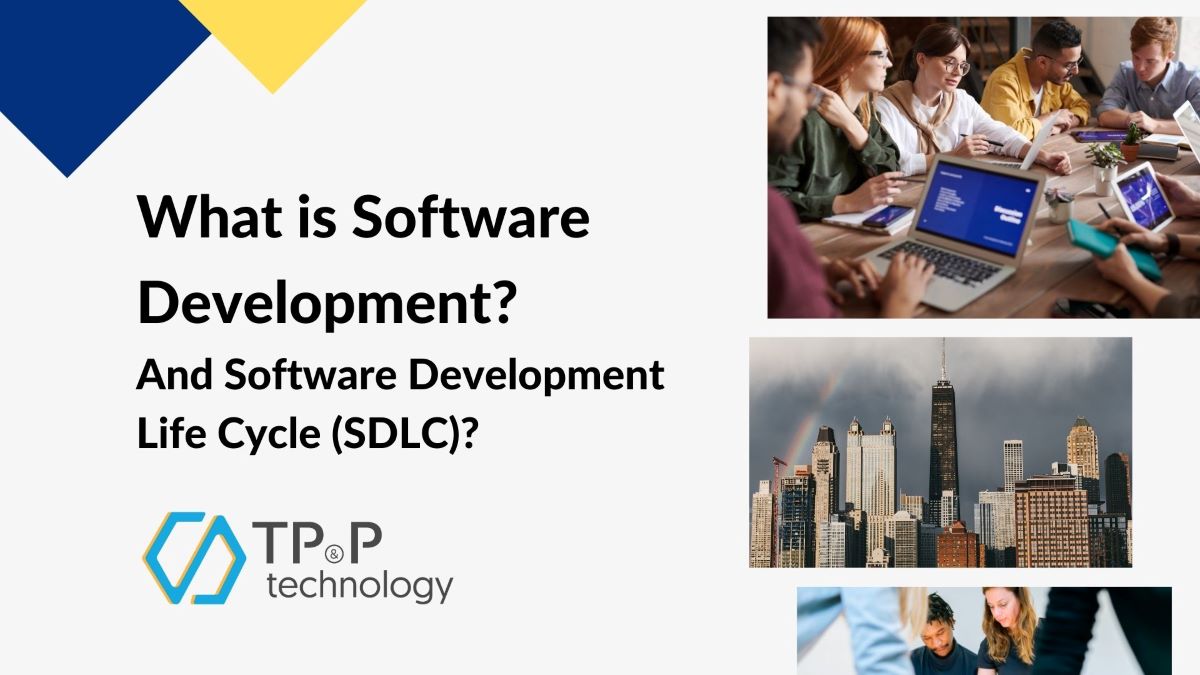