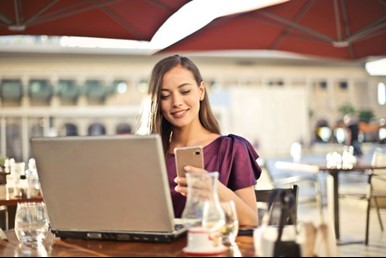 Blockchain technology was created initially to serve as the public transaction ledger. Thanks to the advancement of Blockchain development, and the introduction of distributed ledger allowing for the elimination of the double-spending problem in the traditional banking industry, as well as getting rid of the role of trusted central authority. More and more Blockchain-based applications are being created to be used in various industries these days, especially those used by cryptocurrencies that bloomed after Bitcoin. In this article, let's examine the benefits that Blockchain and Blockchain development companies could bring to your business.

Blockchain technology provides privacy and security for data and transactions. Because of the decentralized nature of the platform, the database is stored in public and variable nodes. Then, it is another problem to be sure that all the data and transactions are from trusted sources.

The solution is cryptography methods including Proof of Work (PoW), Proof-of-Stake (PoS), Proof-of-Authority (PoA), and Proof-of-Weight (PoWeight). Each of the methods has its own ups and downsides. However, PoW has been recognized as the most popular one used in the industry despite the fact that it consumes a considerable amount of electricity for operation. Popular cryptocurrencies like Etherium and Bitcoin also employ this algorithm for the process of development. 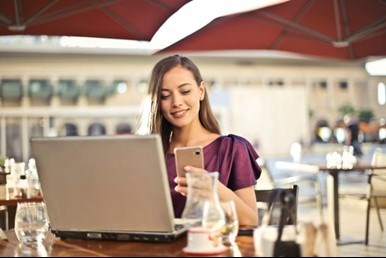 Followings are the practice fields in which the application of Blockchain technology has proven its own value among enterprises. In other words, the potential of Blockchain development has been determined and valued through real use cases.

Blockchain development in the industry of Food and Pharmacy:

Walmart was among the first companies that used the application of Blockchain in their business operations. It is the technology that enables the company to keep track of the whole food supply chain using not written documents but video demonstrations. Food contamination sources could be pinpointed quickly and therefore the impact of food recalls would be reduced.

This example of Walmart provides more hope to more than 600 mil people all over the world who are currently suffering from eating contaminated foods. Also, the possibility to reduce the number of people dying from foodborne sickness is likely to be controlled. In addition, from the perspective of stakeholders of the food chain, as the rate of the contaminated product is reduced, they would receive their money back more promptly.

In the field of pharmacy, an example of successfully applied Blockchain technology is Medicalchain. This company made use of the secure but fast and transparent feature of this platform to build its medical data system. This system allows users to access to various healthcare agents. All the interactions of each user will be recorded to the Medicalchain’s ledger. At the same time, the privacy of users will be protected and all the interactions are transparent, secured, and auditable.

This model of interaction would provide the auditors to point out the agent or agents from whom the interaction with users could not nurture a better result in terms of the user’s health. And from there, they could figure out that because of the quality of the medicine or the expertise of the agent contributing to the results. Counterfeit medicines would probably be reduced among the agents and medical users could be guaranteed better quality medicines and treatment.

Encrypted data protection, as well as data decentralization, are the main focus of Blockchain companies when working in the defense industry. With Blockchain development, all the data would be highly protected with complex algorithms and at the same time stored in a distributed infrastructure. This would obviously reduce the possibility of being attacked and the criticality of the attack in case it happens.

The only downside of this application in the field of defense is the difficulty to follow up on the information of all the projects. However, the benefits that Blockchain could bring could offset the minor imperfection.

Smart contracts are ideal for law companies. In most cases, they could replace existing instruments by creating powers of attorney. They are program codes that work regardless of the desire of the parties involved. It could play the role of lawyers in most legal processes including property valuation. Especially, they can be automated and of course more objective. With the application of current modern Blockchain technology, very sophisticated yet multi-step contracts could be created. And they may fully cover all the processes of a case from form completion to case closing.

The Aragon project, started by Luis Cuende, is an example. It was created to reduce intermediates during the process of the creation and maintenance of companies or enterprises. Regardless of their gender, race, or age, everyone could access to governance. Upon their access, a user could certify an organization on many aspects such as existence, and integrity.

Today banking IT system is considered safe as it has centralized all the data and transactions into the database with different levels of access. As they enhance the security measurements and technologies, the database is supposed to be safe. However, the baking system has to suffer from a big amount of cost maintaining staff and infrastructures for the whole big system. The more the banking system is, the bigger the burden would become. In addition, the speed of transactions could somehow be affected by a big amount of data gathered in one place. And all the data would be vulnerable to hackers as the security breaches or malfunctions.

The blockchain development approach could help solve all the problems. Firstly, the decentralization of data would enhance the speed of transactions. The cost of maintenance could be less painful in comparison to the traditional system. Secondly, as infrastructure is distributed, it would be much more challenging for hackers to get control of the significant number of nodes to modify transactions. In the case of being attacked, the transactions could return thanks to the data stored in the other nodes which were not affected.

Some of the popular Blockchain platforms that banks could consider using include TenX, Crypterium, Bankera, or Bancor.

The aim of using Blockchain technology in the energy market is to enable peer-to-peer electricity trading. Third parties in the energy industry would be minimized or eliminated due to the exploitation of the micro-payments system. The market, therefore, would become more competitive and electricity end-users would be the ones who inherit the most benefits.

The video below illustrates the way people in Brooklyn street trade electricity with the application of Blockchain technology.

Even the medal has two sides. So does Blockchain technology. However, with the proven benefits and unlimited range of applications, Blockchain, promisingly, will be more and more popular in the coming years.

TP&P Technology could help estimate and create custom software applications that fit your company's demand using Blockchain technology. Contact us today, and our dedicated team would be at your side with thorough solutions. How To Prepare Your Businesses For The Metaverse Trends?